Neptunus in key role at handover of NATO’s new headquarters

Neptunus provided a vast range of stylish temporary structures situated in and around the state-of-the-art NATO building for the high-profile occasion which preceded a working dinner of NATO leaders, hosted by Secretary General Jens Stoltenberg.

Among the many world leaders attending the handover ceremony were US President Donald Trump, German Chancellor Angela Merkel, UK Prime Minister Theresa May, Belgium Prime Minister Charles Michel and Mark Rutte, Prime Minister of The Netherlands. The King of the Belgians was also present.

For the main ceremony within the NATO grounds technicians from Neptunus built two covered grandstands with transparent roofs and side walls. One of the Alure Globe structures, measuring 200 square metres, accommodated all the VVIPs and a second 250 square metres Alure Globe seated VIPs attending the event.

Neptunus also erected two 150 square metres Alure Globe roof covers for the areas where the military band played and the world’s media viewed the proceedings. Away from the new headquarters building (at the current HQ), Neptunus constructed a media centre, covering 4,800 square metres and incorporating work stations for 1,200 journalists with 60 sound-proofed editing booths, along with accreditation and security screening halls covering more than 1,400 square metres. The security screening area required concrete flooring for the base of the building to ensure that sophisticated screening machines were correctly stabilised.

In addition, Neptunus supplied podiums and backdrops for several ceremonies which formed part of the official opening. Technicians also built a 900 square metre transparent roof over the top of a public walkway where Chancellor Merkel dedicated a memorial to the Berlin Wall and where President Trump dedicated a memorial to commemorate the 9/11 terrorist attacks and Article 5 – a NATO commitment that an attack on one member nation is seen as an attack on all member states.

It took Neptunus just four weeks to build all the temporary facilities for one of the most high-profile assignments undertaken by the company. As well as providing all the temporary structures Neptunus, working in conjunction with leading international live events company Production World, were responsible for the entire project management including co-ordinating sub-contractors for power, lighting, air conditioning, audio visual equipment, signage, staging, furniture and installation of security equipment.

Neptunus Director Antoine Eilers says: “We were immensely honoured to be selected to supply our temporary structures to this massively high-profile NATO Meeting and the historic opening of the amazing new NATO headquarters building. Our technicians, working with Production World, had to provide a large range of very high-quality temporary buildings with sophisticated staging, backdrops and audio visual systems, befitting an occasion which was broadcast around the world.

“This was a major undertaking requiring meticulous planning and preparation. Our staff were working in a top security environment on a project which required numerous truck-loads of equipment to be delivered through an intensive security process. However, the team at Neptunus are very experienced at operating in demanding environments. Over the years we have worked successfully on major projects for various Governments around the world including the 2016 NATO Summit held in Warsaw, Poland.”

NATO’s current headquarters building was built in 1967 but since then the member states of the North Atlantic Treaty Organisation have almost doubled from 15 to 29 nations. As the numbers of diplomatic representatives based in the building dramatically increased over the years, over-crowding meant a new larger headquarters was required to accommodate all of the officials.

The new building, covering 250,000 square metres provides Allies with all the space they need for years to come and the design, symbolizing the linking of two hands, even allows for future expansion if necessary. The new headquarters has space for:
1,500 personnel from national delegations
1,700 international military and civilian staff
600 staff from NATO agencies
Plus frequent visitors which currently number around 500 per day. 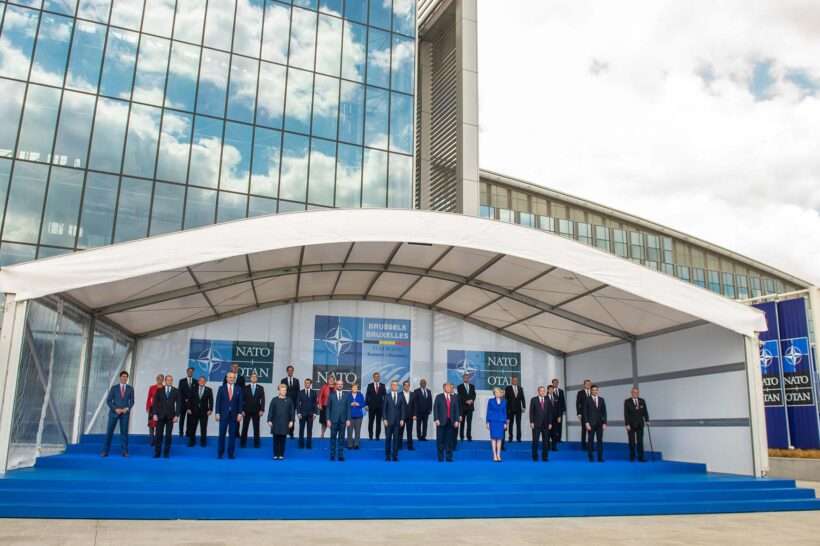 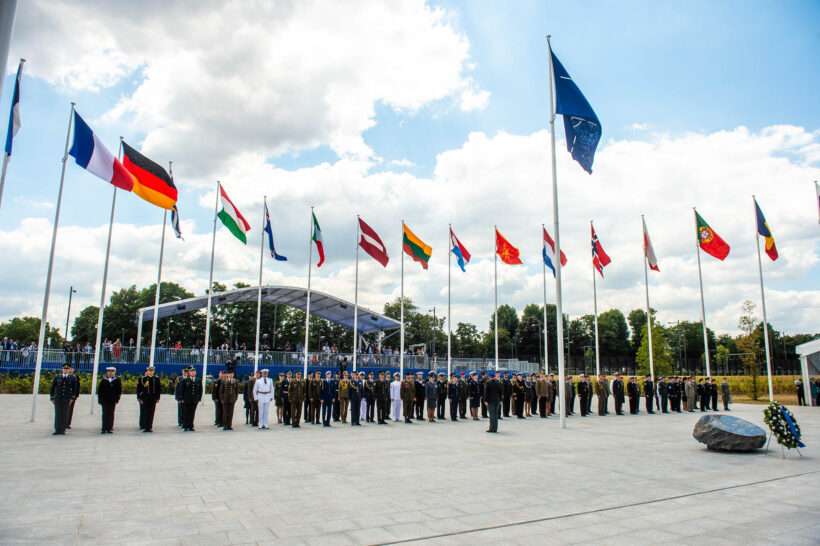 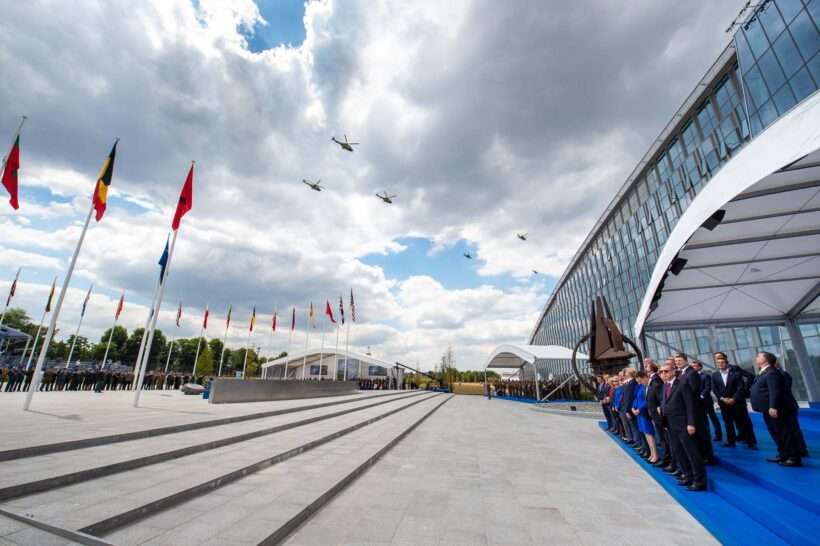