The Assignment
The National Sports Centre Papendal is headquarters of the Netherland’s national sports development organisation and is the training location for numerous top level sports. In 2016 the centre launched a full-time training programme for athletes of the Dutch Judo Association to meet the increasing popularity of this fast-growing activity.
Neptunus was tasked with creating a new bespoke sports hall primarily as a facility to accommodate Judo but also with the ability to be used for other sports. It also needed to have the appearance of a permanent building while being totally flexible and sustainable.

The Solution
Neptunus built a state-of-the-art judo facility created within one of the company’s Flexolution demountable building systems. The ultra-modern sports hall which opened in March 2017 looks and feels like a permanent building but took Neptunus’ technicians just 12 weeks to build and fully fit-out.
The new hall, named the Ruskahal after Holland’s two-time Olympic Judo Champion Willem ‘Wim’ Ruska, stands three stories tall and covers more than 1150 square metres. It incorporates a Dojo (a formal training place for martial arts), a grandstand, offices, medical and changing rooms, showers and toilets. In total the new building offers over 2,500 square meters of space for athletes and their support teams.

The Challenge
Although it is a semi-permanent structure, the Flexolution’s sophisticated system means the Ruskahal meets all the stringent energy and environmental standards which would be expected in a permanent building. The sports hall is expected to be in place for at least 10 years but the building is flexible and totally sustainable with the capability of being dismantled and re-used elsewhere if necessary. 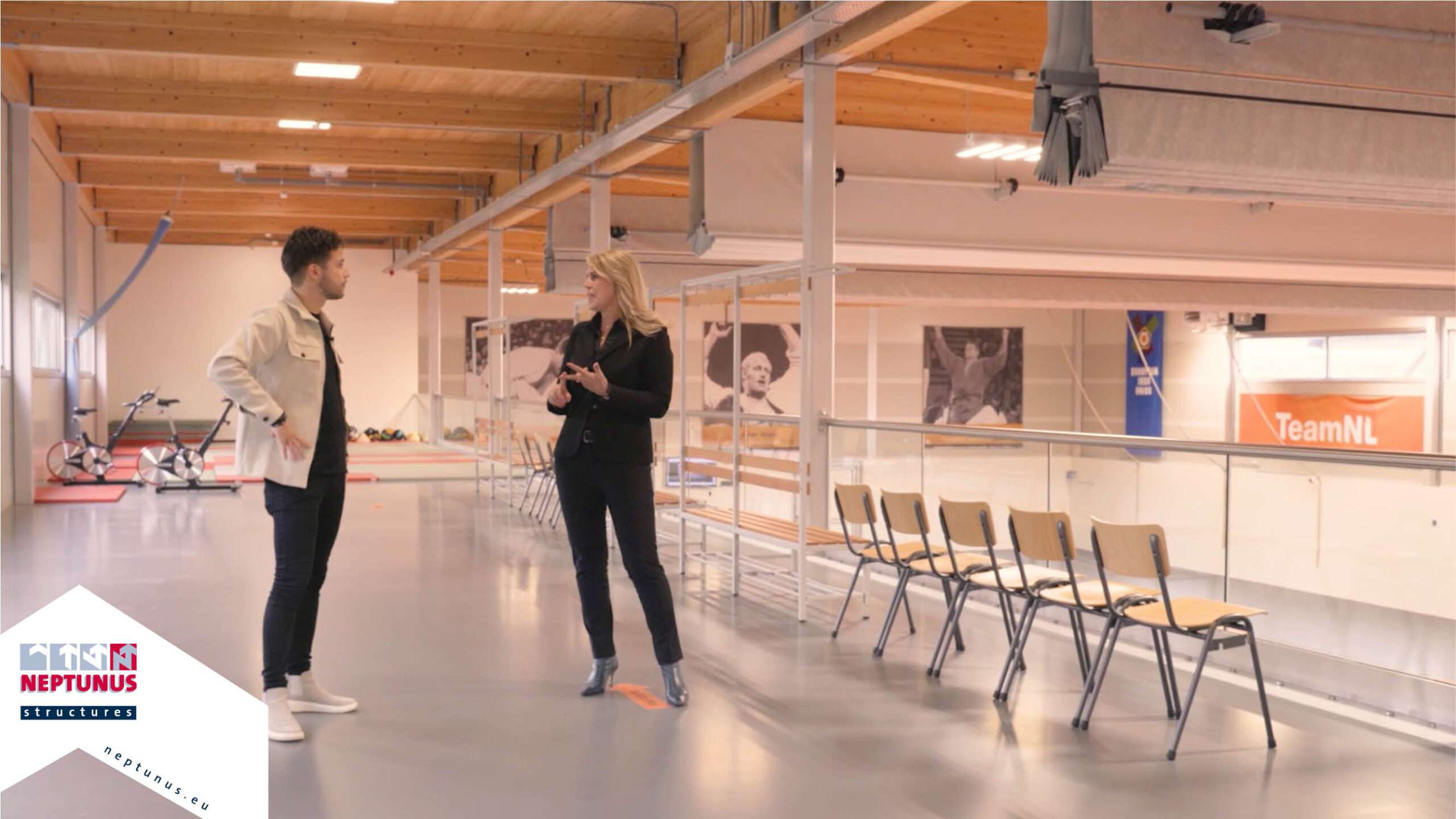 The Verdict
Jochem Schellens, Director National Sports Centre Papendal, says: “We are very pleased with the judo accommodation provided by Neptunus. The Ruskahal meets all the requirements and offers an excellent home base for the full-time judo programme at Papendal. The hall also offers various possibilities for other sports.”
Mr Schellens said he was particularly impressed by the unique wooden ceiling in the Dojo and added: “Eleven years ago we started a close cooperation with Neptunus so we could benefit from the semi-permanent possibilities for sports accommodations at the Sports Centre. When you compare the first hall with the new Ruskahal, you cannot deny the development and progress that Neptunus has made. Neptunus should be proud of the Ruskahal, just like we are.” 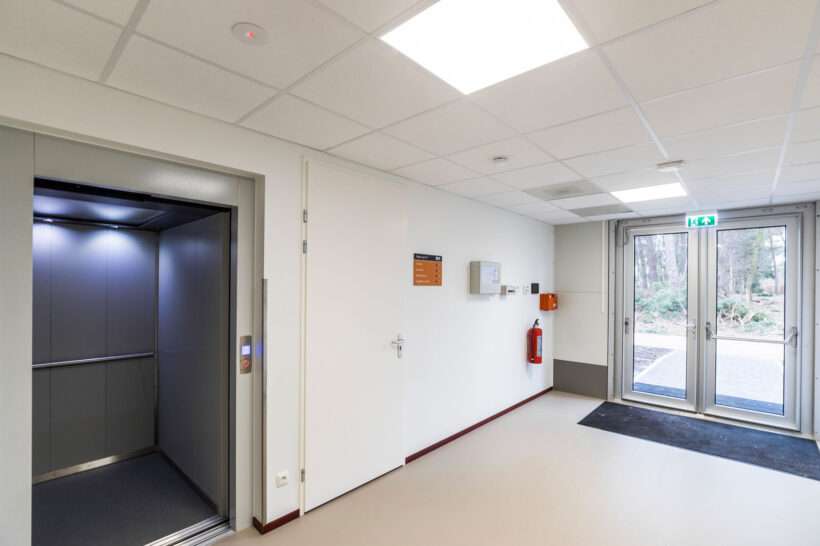 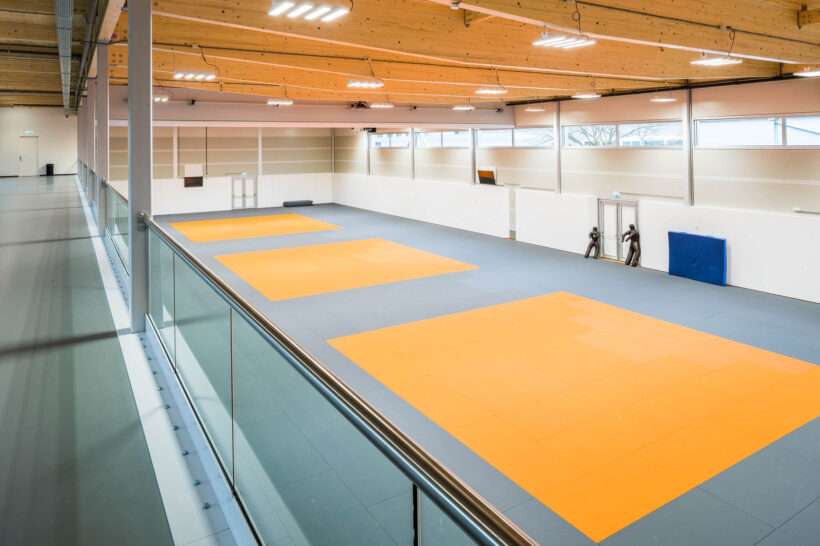 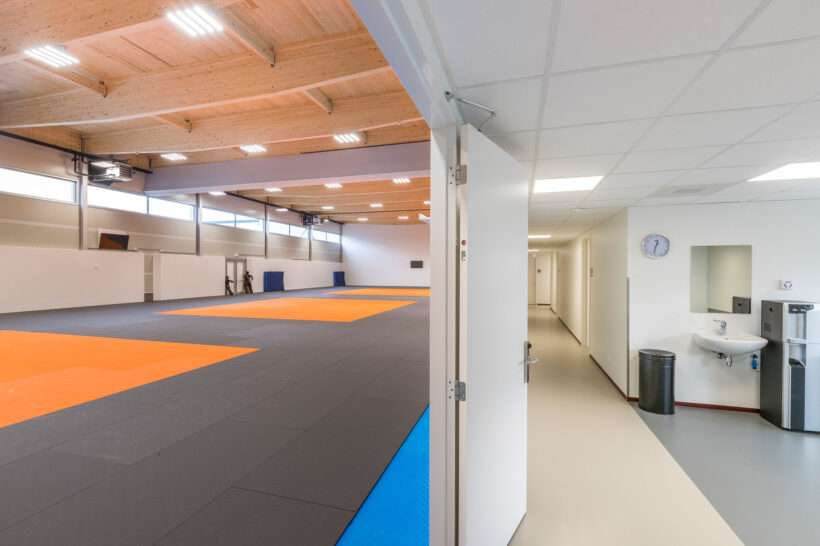 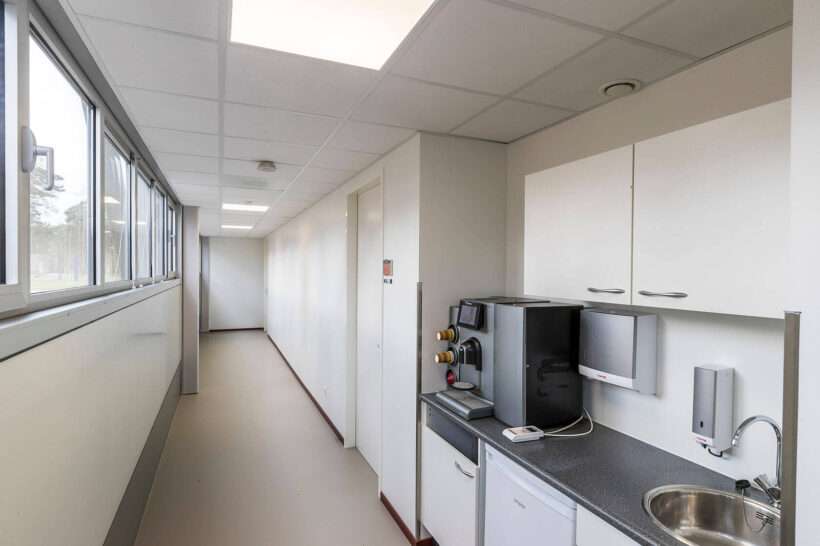 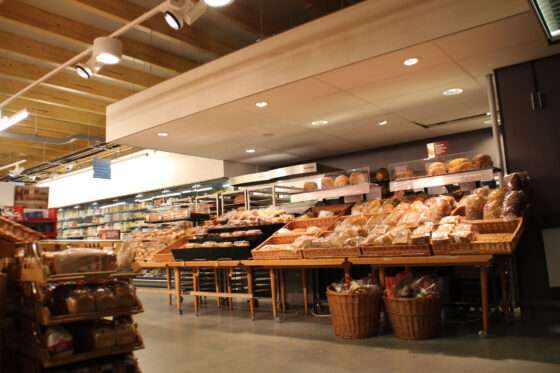 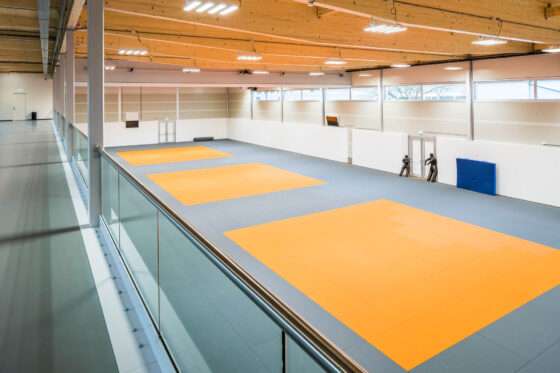 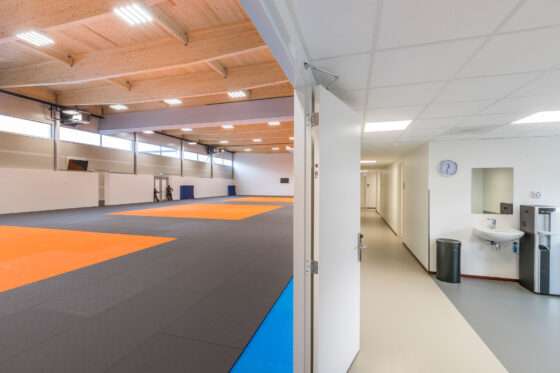 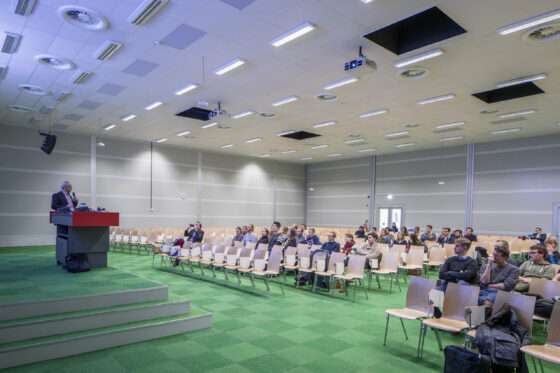