Entire sports hall moved between towns to show its sustainability

Neptunus has demonstrated the amazing flexibility of its demountable temporary buildings by dismantling a sports hall and re-building it in a new location.

Neptunus originally supplied the temporary facility at Lorentzweiler, Luxembourg, in 2014 while the local authority spent more than two years renovating and upgrading its permanent sports hall.

And when the neighbouring town of Strassen needed to refurbish its own sports centre, it too required a temporary solution while the renovations took place – and Neptunus had the perfect solution.

With Lorentzweiler’s new-look permanent sports hall re-opening, technicians simply dismantled the temporary facility and moved it 13 kilometres to Strassen where it was rebuilt. The temporary sports hall, which is in the same design and dimensions, will be in place for 18 months until work is completed on Strassen’s permanent building. It will then be removed and can be re-used again on other projects, either through rental or being purchased outright.

April Trasler, Neptunus’ Managing Director, says: “This is a textbook example of the sustainability and flexibility of our demountable temporary structure technology. A delegation from the Municipality of Strassen visited Lorentzweiler to view the temporary sports hall and were most impressed. Fortunately the timing coincided with the completion of that project so we were able to dismantle the building and move it to Strassen.”

Sustainable Re-use
All materials were transported from one municipality to the other to be re-built, with even the construction plans being reused. All installations such as heating, fire alarms, ventilation and lighting were also recycled, as well as the sports floor and sports equipment such as turn racks, basketball hoops and scoreboard.

Trasler added: “This is a brilliant example of sustainable reuse which provided a really cost-efficient solution for the Municipality of Strassen.”

Ensuring the entire process ran as smoothly as possible, Neptunus worked with the same partners on both projects.

Despite the fact that it is a demountable building, no concessions were made in the field of technical building regulations. The sports hall fully complies with the latest energy and environmental standards with the adapted wall panels ensuring optimal acoustics in the hall. 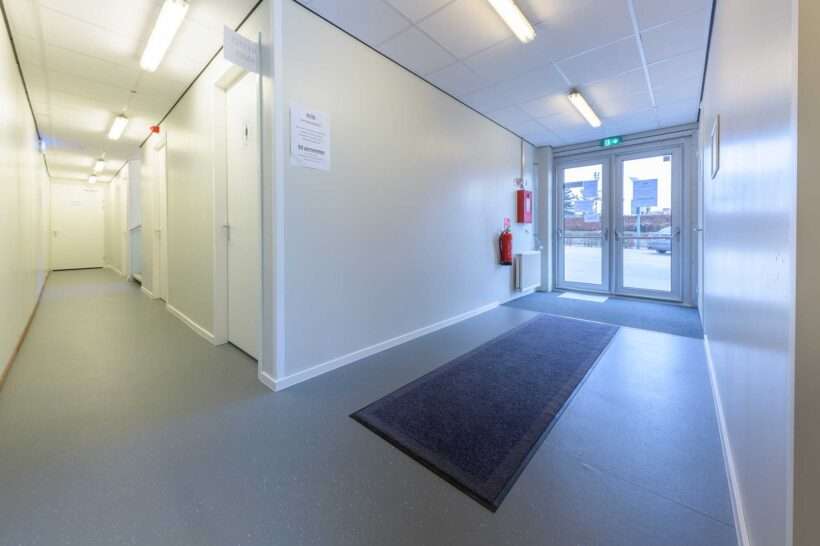 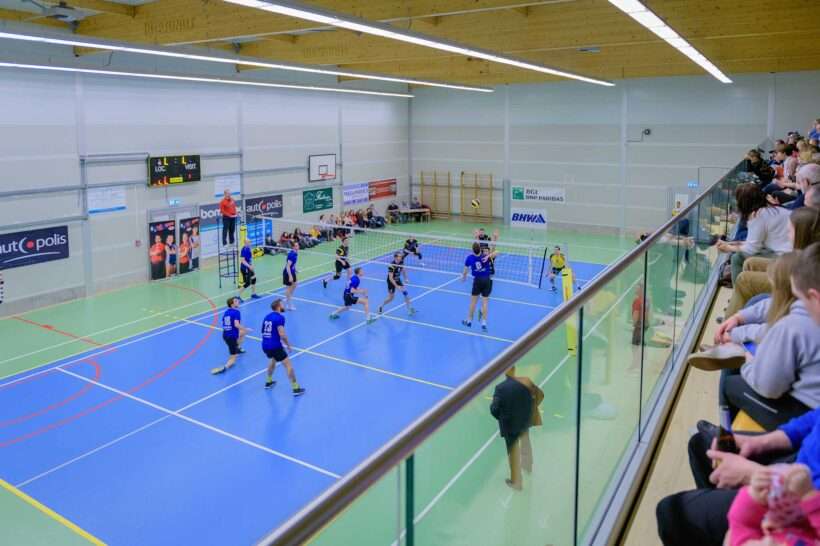 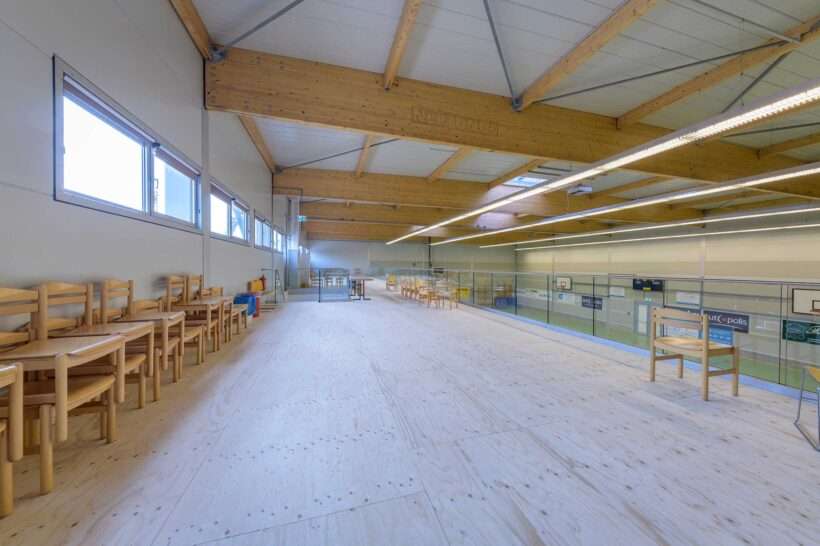 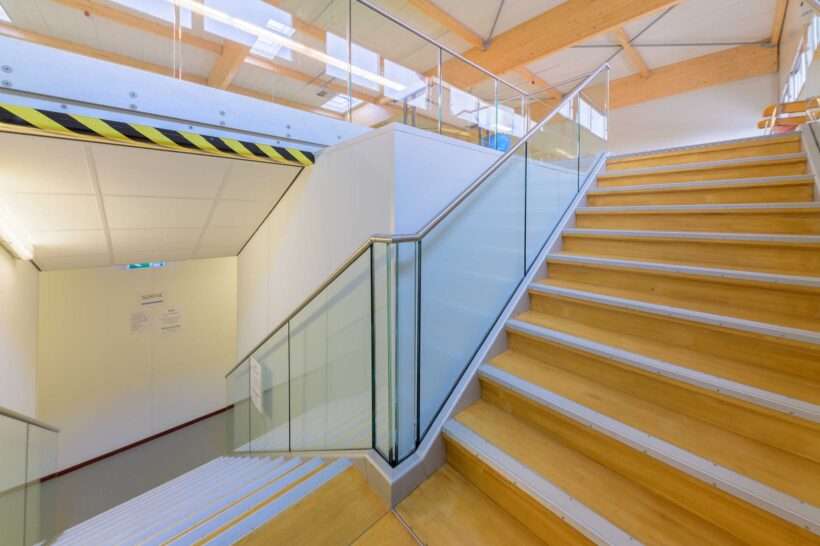 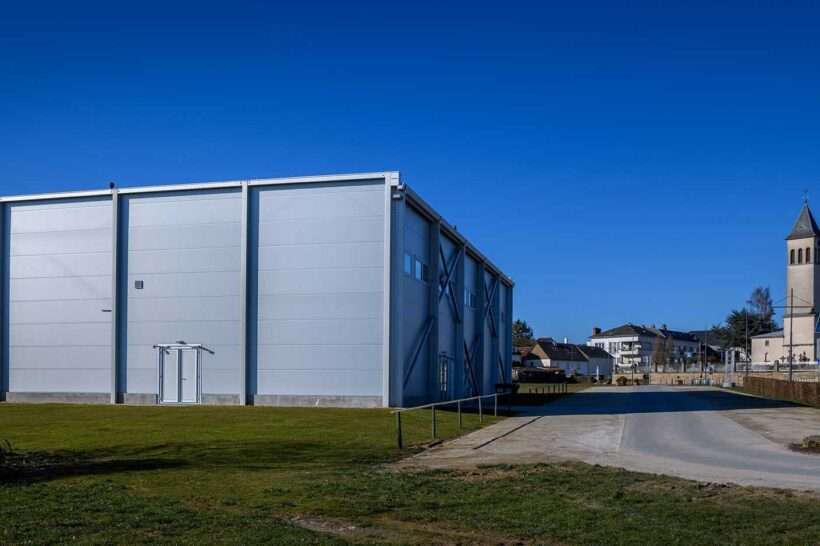