April Trasler, the former Managing Director of Neptunus Ltd, has been hailed as an industry ‘legend’ at this year’s Event Production Awards. April, who retired at the end of last year, was presented with her ‘Legend Award’ by Greg Lawson, CEO of Smart Group, at the 2020 Event Production Awards held in London on Thursday night (March 5th).

Introducing a tribute film of April’s career highlights, Greg told the audience: “Ironic really that I should have been chosen to present this award as I have spent a good part of my career with the recipient being my most regular sparring partner, only two years less than my wife. Neither of us ever wanted to give an inch in negotiation and boy have we rowed! She is a worthy adversary and occasionally she even let me win, the recipient — not my wife!”

Inviting her on stage to collect the award Greg added: “I give to you the God of all that is temporary structures, a great role model for women in business…the rock, the hard place – April Trasler!”

April said afterwards: “I was both shocked and delighted to receive this award and would like to thank all my colleagues and friends who have helped me achieve so much, and the Event Production Award organisers for this wonderful tribute.”

April was accompanied to the awards evening by her husband David and Neptunus colleagues including Dorrie Eilers, Group Sales and Marketing Director, and Director Antoine Eilers who flew in from Holland especially for the occasion.

Neptunus Ltd Managing Director Ben Keast said: “April first hired me in 2001, it was very clear from that first point who the boss was.  April was always very professional, meticulous and always delivered on what she was putting into a contract.” He added that April had taught and guided the entire Neptunus team to the heights the company has reached today.

A stalwart of the temporary structures industry for 38 years, April started her career as a secretary at Owen Brown Ltd in 1981. She was soon promoted to a sales role and served as an Account Manager until 1988 and then became a Board Director, a role she held until her resignation in 2006.

Following a two-year spell as a Freelance Events Consultant, she was invited to join Neptunus Ltd to oversee the company’s re-launch of operations in the UK.  Neptunus’ products had originally been sold and promoted in the UK through a partnership set up in 1995 with Owen Brown Ltd – an arrangement that ended after GL Events’ purchased Owen Brown.

As Neptunus Ltd Managing Director from 2008, she was responsible for the phenomenal growth of the business which is today regarded as one of the market-leading temporary structure suppliers. 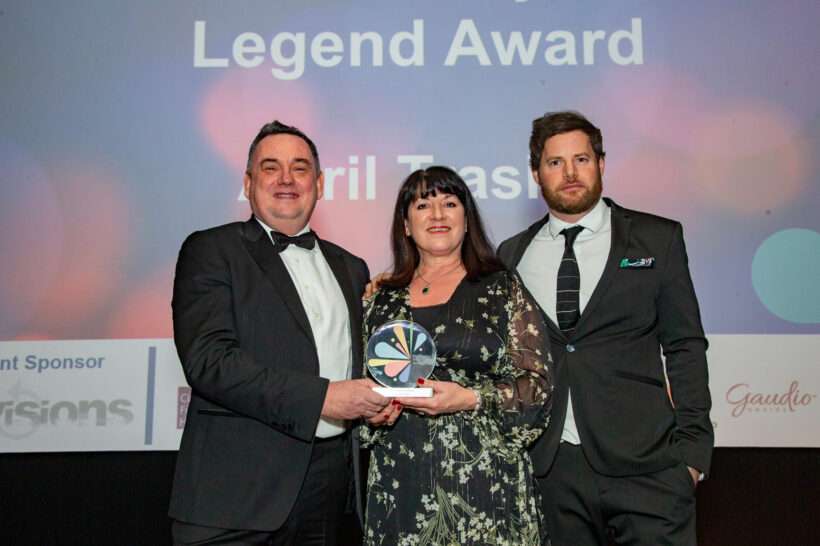 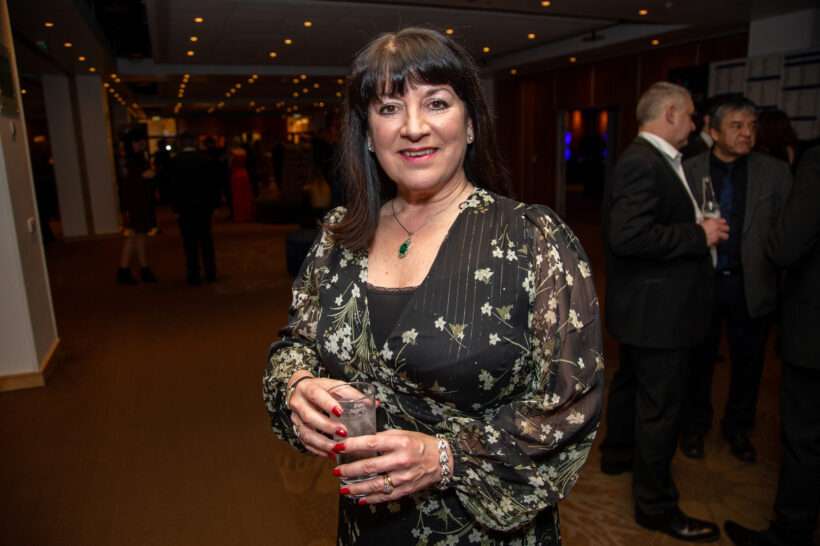 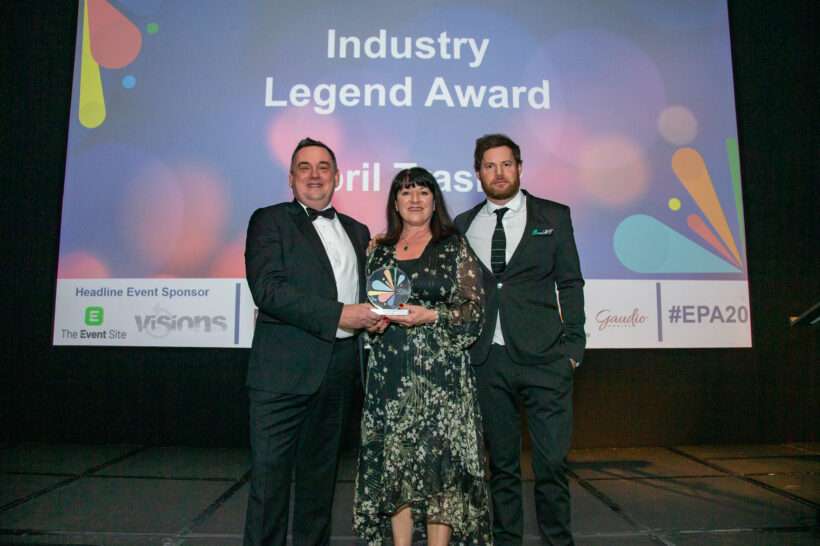